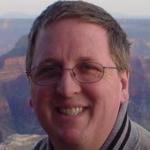 Charles W. Short, aka Pastor Chip, is lead pastor of First Baptist Church in Fort Mohave, Arizona. He has always enjoyed writing devotions and dreamed of collecting them into a book, but in 2004 a local high school football game caught his imagination, leading him to write his non-fiction, Christian living book, The Storeroom of the Heart. The book was published by CrossBooks in 2012 and won the Director’s Choice Award at the Blue Ridge Mountains Christian Writers Conference in 2013.

The Life of the Party

Life is meant to be a show, so burn bright, and hot. Choose your shape, and expect nothing more than to frighten some and entertain others. If you are destined to burn out fast, do it with a flourish. After all what are we other than just a flashing of heat and light. Life is meant to short, hot and lonely. So I made a show of it; took on the face of a lion.

Rising up into the air, I found I was not alone. Beside me was another of like kind, but she was so much more fair. Not garish or extravagant, as I had chosen to be. She simply took the shape of a flower, a humble chrysanthemum.

We lived our short lives, together. We loved without speaking. We publicly exhibited our passion in brilliant flames. And when we died, we died happy to have been friends.

She studied the map; he studied her. Red hair, green eyes, and a bright intelligence had captured him from their first meeting. He felt blessed.

“Where next?” She said it in a soft, thoughtful voice with her hand marking their location.

He noticed his hand on her shoulder and thought to himself, “Where next, indeed.”

“Jack, where are you thinking?”

“Perhaps, down under?” He kept his voice from revealing his mischievous thoughts, but his hand betrayed him as it made a slight movement down her back. He corrected himself and hoped she had not noticed.

He glanced around. He felt a slight panic, trying to avoid her perceptive eyes. He had been caught. “Maybe a little of both.”

He was embarrassed. Rightly so. “Well, my bride, I told you when we got married I would let you go anywhere you desired.”

She turned and faced him. His hand stayed on her shoulder so that it wrapped around her in a loose hug. He was not accustomed to this closeness. It made him dizzy. But it was a most delightful dizzy.

She stared at him. He settled down and returned the gaze. Then she intentionally glanced at his hand on her shoulder and said, “And I told you, my dear husband, I would let you go anywhere you desired.”

They both thought they had the better half of the deal.